Android vs. iOS vs. Windows Phone: Which One is Right for You To Develop On?

The comparison between platforms to determine which one is the best in terms of features, stability, apps and security is nothing new. With the focus of these showdowns mostly on helping users decide which phone is best suited to their needs, the stake of developers typically fails to receive the attention it deserves. After all, all three major platforms, namely iOS, Android and Windows Phone have unique properties, present unique challenges and opportunities for the development of a diverse range of apps. Let’s take a look at the three platforms from a developer’s perspective and determine which one of them is worth investing in the most.

One thing that truly sets Google’s mobile operating software apart from its Apple and Microsoft counterparts is its open-source approach as opposed to the walled-garden approach of the latter two. A significant degree of freedom is offered on Android, giving developers the luxury to paint the canvas with their innovation. While such a thing is missing from both iOS and Windows Phone, it has served to bolster the security of the two operating software. Intriguingly, the factor of security hasn’t really hurt Google’s standing in the market. For now, Android is the most popular platform among developers, in terms of number of users and the number of apps available on each platform, followed by iOS. Windows Phone is well behind for now.

Reach or popularity of the platform is another thing that most developers are interested in before committing themselves to any of them. Android is well ahead of its competition in this, enjoying a colossal install base with a strong hold on the market share across the globe. However, North America is an exception to this, with iOS enjoying more popularity in the region. Even though Windows Phone currently poses little threat to the duopoly of Google’s and Apple’s operating software, it is gradually but steadily growing its market share. For now, developers may have a fairly simple choice to make, though reaching a decision is likely to grow more difficult in the not-so-distant future.

It’s only natural to expect something in return after investing time and effort in an app. For Android developers, the driving or motivation force seems to be the rich APIs, open standards support, peer recognition, appreciation, and passion for development, as the revenue potential isn’t that great. iOS is mainly a priority platform for developers who are interested in revenue potential and reaching target customers, which happens to be heavily comprised of a monitizable audience. When Angry Bird first came out years ago, iOS users had to pay for it, whereas the game was available to download for free on Google Play, then known as Android Market. It is also relatively easier for developers to get in-app sales on iOS, as the users are required to enter their credit card number at the time of account registration. Microsoft initially had a hard time pulling the interest of developers towards its mobile operating software, as the latter weren’t convinced about its capability to go head-to-head with iOS and Android. Furthermore, the lack of user research and learning curve involved were also contributing to the doubts. The perception, however, may not last for long, as Windows Phone Store generated $0.95 billion in revenue with 4.1 million downloads last year, barely $0.25 billion shy of what Google Play generated during the period with 41 billion downloads. In fact, a survey by VentureBeat reveals that the reputation of Windows Phone may already have changed, with more developers planning on developing for Microsoft’s mobile operating software than any other platform, besides Windows 8 of course.

When it comes to digital distribution platforms, Apple easily takes the throne. It makes no compromise on the quality of App Store, running strong security checks to filter out apps that fail to meet the set standards. Google, on the other hand, is noticeably lenient, thus failing to keep malicious apps off Google Play. Windows Phone Store is relatively new, but it’s definitely moving in the right direction. Microsoft is keeping the store nice and clean through decent security protocols. The layout has also undergone some changes in recent months to become more user-friendly.

One of the biggest concerns cited by developers not too fond of the Android platform is its fragmentation, which is a valid point. With so many different versions of Google’s mobile operating software in the market at the same time, the compatibility issue always seems to be on the cards. Apple doesn’t face such a problem, but it doesn’t offer much universality yet. However, it’s heading towards that with the recently announced iOS 8, which would allow a certain degree of link with OS X Yosemite, which was also recently announced for Macs. Windows had gotten ahead of its rivals in this, with Windows Phone 8.1 allowing development of universal apps. Apps developed for previous versions of the platform, namely 7 and 8, will run on the latest iteration, though those developed for the latter will be missing backward compatibility.

There are various factors that seem to favor Android and make it seem like an obvious choice of platform for developers, but that is not the case. It’s clear that all three platforms have their fair share of pros and cons, thus making it all a matter of preference and priorities. No doubt, all three tech giants are great, offering powerful mobile operating software that give developers just the right amount of freedom and opportunity to exercise their innovation.

Racheal is a content marketer at stealthmate. She has been playing with gadgets, cell phones and laptops for a while now. Her work revolves around writing about tech and how it impacts different facets of our lives. 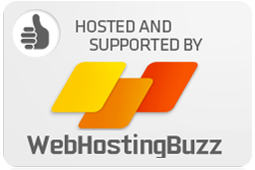