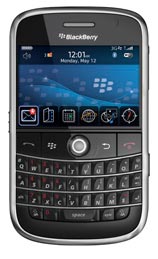 A recent article in InformationWeek drew my attention as being worth a second lookThink Beyond Basic Apps For Smartphones.  The juice of the article discussing developers spending more time designing applications for smartphones beyond the basic email, calendar, and other basic applications.  The article did a good job of presenting the facts and building a case, but I want to champion the cause for web applications for mobile devices.  Of course I’m biased toward the web although I’m a converted web guy who spent years specifically in Information Technology and focusing on that end of the spectrum.

For at least the past two years it’s been debated designing a mobile version of websites and although this isn’t very hard if you have your whole site setup properly through CSS it’s becoming more and more of a nonissue as smartphones come out that can fully render websites.  It’s been many months since I made my prediction ofbeing the year of the mobile phone and so far it’s been exciting advancements and with Christmas season and the new Blackberries bursting to be released in America over the coming months really putting pressure on the current king of exciting smartphones, the iPhone.

Just to give you an idea of  the computation power of these new phones the New Blackberry Bold that is expected to come out in the US in just a few weeks, it’s already available in Chile and Germany, handles 65K colors, 128MB flash memory, 1GB storage memory and expandable to 8GB through a microSD card, and a 624MHz processor.  (Blackberry Bold Specs)  If those numbers don’t quite sink in, they are about equivalent to a PC just a decade ago.  My first PC which I got in 1995 or 1996 only had a 200MHz processor, 32MB memory and 2.5GB hard drive!  What I’m driving home is there is enough computational power on these things to handle full blown applications, but with so many services out there shouldn’t be the focus.

The InformationWeek article does pick up the article for web-based applications and service later in the piece even stating that 49% of respondents to a poll prefer web-based model for mobile applications.  Even with this data I’m stilling going to toss my two cents into the mix.

Build for the Web 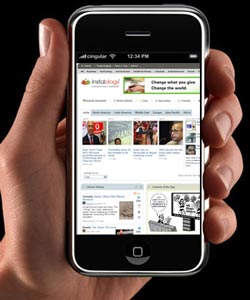 I’m going to state it really simple.  From this point forward 95% of all applications should be built on the web.  Using a web browser abstractly as an Operating System isn’t far fetched anymore and the dynamic and fluid browsing interface of websites through AJAX and Flash makes services that go this route extremely flexible, dynamic, and centrally controlled.

Updates.  If you need to update your application because it’s on your web server it’s very easy to test and roll out the updates instead of issuing a patch for your application.  Software as a Service (SaaS) is a big deal and allows for users to always have the most up current and secure version of your software through the web with all the newest features.

Universal.  It’s taken years to get to this point, but through W3C and the use of CSS browsing the web is a universal function that can be experienced on any computer or device that can run a web browser (yes I’m specifically talking about smartphones here).  There is no need to design an application for the iPhone then build a separate one for Blackberry.  Even at this point your still going to need to factor in Windows Mobile, maybe Palm, and how about the upcoming Google Android?

The article does make some valid arguments that a native app will always be faster than a mobile app and smartphones browsers are still in their infancy.  Even with these arguments I am convinced that you have to be building for the future and with 3G speeds already the reality this issues in the future will become non points.

The web as originally conceived by Berners-Lee has come a long way and has to be seriously considered the platform of choice.  With over 1.4 billion internet users, yes that’s right BILLION, your talking about a target audience of 20% of the world.  As smartphones get better and better at rendering fully designed website, it’s not an if it’s a matter of when, the argument to build for any other platform becomes less and less convincing.

10 Responses to “Forget Smartphone Applications, Just Build for the Web”