In a relatively short period of time, April 1st has morphed from the old, traditional April Fools’ Day into Ignore the Internet Day. Whether you’re Google or Thinkgeek, the first has taken a special place in the heart of internet geeks everywhere, who have seized the opportunity as a chance to take a break and laugh at each other for a day. The only problem is that it has made it impossible at times to pull meaning from the noise during the day, and the quality and breadth of the jokes seems to have passed its pinnacle.

For the past several years, higher education has been able to release a little pressure through April Fools’, and this year was not any different. At the end of this article you’ll find a gallery of the different jokes schools around the country played, and the examples range from faux press releases, to Facebook gags, to homepage takeovers. And all this fun is not without some lessons. Lori Packer had a nice start to things. She put out an article reflecting on what they did at the University of Rochester, reverting to a 15 year old layout. In the post, she talks about the things that she had to edit on the page to make it work today, and laughed at some of the old techniques that were used - how will we compare today to what we’re doing in 2025? Do you think about the future of what you’re producing? Not that what we did in 1996 was bad, it was just the “old way,” and that makes for interesting lessons on growth today. I actually find a lot of enjoyment going back and looking at code (that is frequently still in use) that I wrote years ago. It’s a great opportunity to see how we’ve grown as professionals, and sometimes catch mistakes so that we don’t continue them in the future.

Karine Joly was quick on the gun too, showing off some favorite gags. She made one point that I think is absolutely worth reflecting on, too. Look at some of the creativity that comes out of April Fools’ Day (even beyond higher education). Imagine, when you just go to a designer and say “Go crazy, we need something for the day that will make people laugh,” and they come back with some of the stuff we see here. Why do we stifle that in “normal” processes? In trying to be funny, we really are in danger of starting to do things right, in a way. I think we need to do a lot better to encourage that. There’s a lot to be gained from the sort of web development that happens when you shoot from the hip. When every single move you make is measured and calculated, it can start to feel stiff and lifeless. Imperfection can bring with it a certain kind of charm all its own that you cannot manufacture.

On the other end of the spectrum, we have the schools that do nothing. Hint: nearly all of them. Now, it’s easy to say that we simply can’t take the time away from pressing needs for jokes, and I do respect that (we didn’t do anything for exactly that reason). But, there are schools that don’t do it out of fear. They are worried that one day of in context joking will somehow damage their reputation. Additionally, as was brought up on the UWebD group, there could be international considerations among prospective students that might not get the joke. Valid considerations, all. But, I counter with this: Google does it. They are neither worried about people not getting the joke, nor do they question if people understand what April Fools’ Day is. The day online is so heavily saturated with April Fools’ news and talk, that my argument is that it’s pretty hard to not know there’s something special about the day in a few parts of the world. An assumption on my part, but I think a safe one. And to add to that, if you are genuinely sacrificing important functionality for the joke, you’re probably doing it wrong. There’s a whole lot to be said for subtlety. April Fools’ does not need to get in the way.

Ultimately, the decision is a measurement of risk-reward. Is there a chance you might put people off that don’t get it? Sure. But do you draw additional attention to yourself by doing it? You bet. Is it worth it? That’s a question each school has to answer on their own. I would just suggest making the decision reasonably, and based on numbers as much as possible. If the only reason you don’t do it is because administrators are scared, then you’ve just found the best reason to do it, in my opinion. If you never push boundaries, you’ll never excel.

I’m not sure if this is just my perception or not, but while I think some places are getting better at April Fools jokes, it did seem like this year there weren’t as many schools joining in as years past. What do you think? Maybe I just wasn’t as observant as normal, but I wonder if the changes to the environment the past year is starting to impact the amount of risk taking we are capable of doing. I think there’s a lot to be said for being able to not take ourselves too seriously at least for a day. My bigger concern is just that the jokes get stale very fast. It goes back to how popular the day has become online. There’s a lot of people doing the same gags, the same jokes. But I think there’s a lot of value to be had in trying to bring the funny. 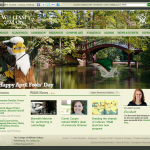 The College of William and Mary 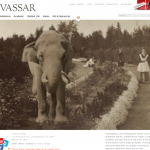 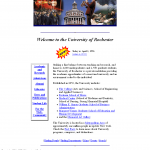 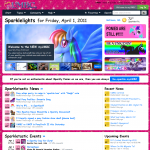 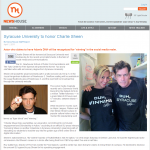 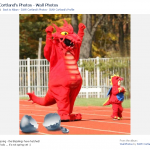 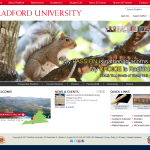 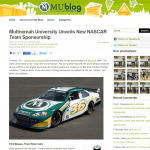 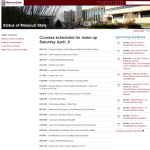 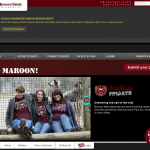 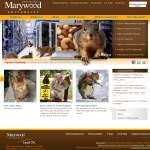 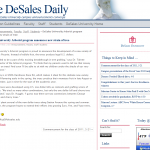 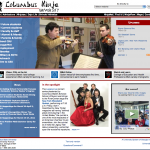 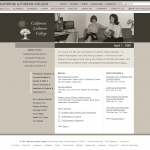 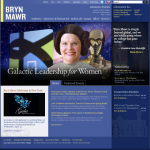 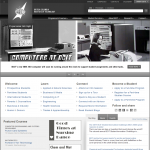 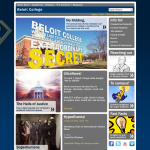 Director of Web Marketing - who has written 78 posts on .eduGuru